Over the past few years, there has been an increase in demand for pickleball courts. The existing courts, located south of Crown Point Community Center, have a subsurface issue, resulting in cracking of the playing surface.

The existing courts will need to be removed to improve quality. Removing the courts will allow the current area to be graded and additional courts to be added adjacent to the existing site.

During the public meeting on November 15, four concepts were presented. The four options included:

The approved content was D. A request for water and shade is being developed into the plan. The timeline for the project is to accept bids in March/early April. Demolition/construction will begin in May and finish in early October.

There will be no courts available once the demolition occurs. 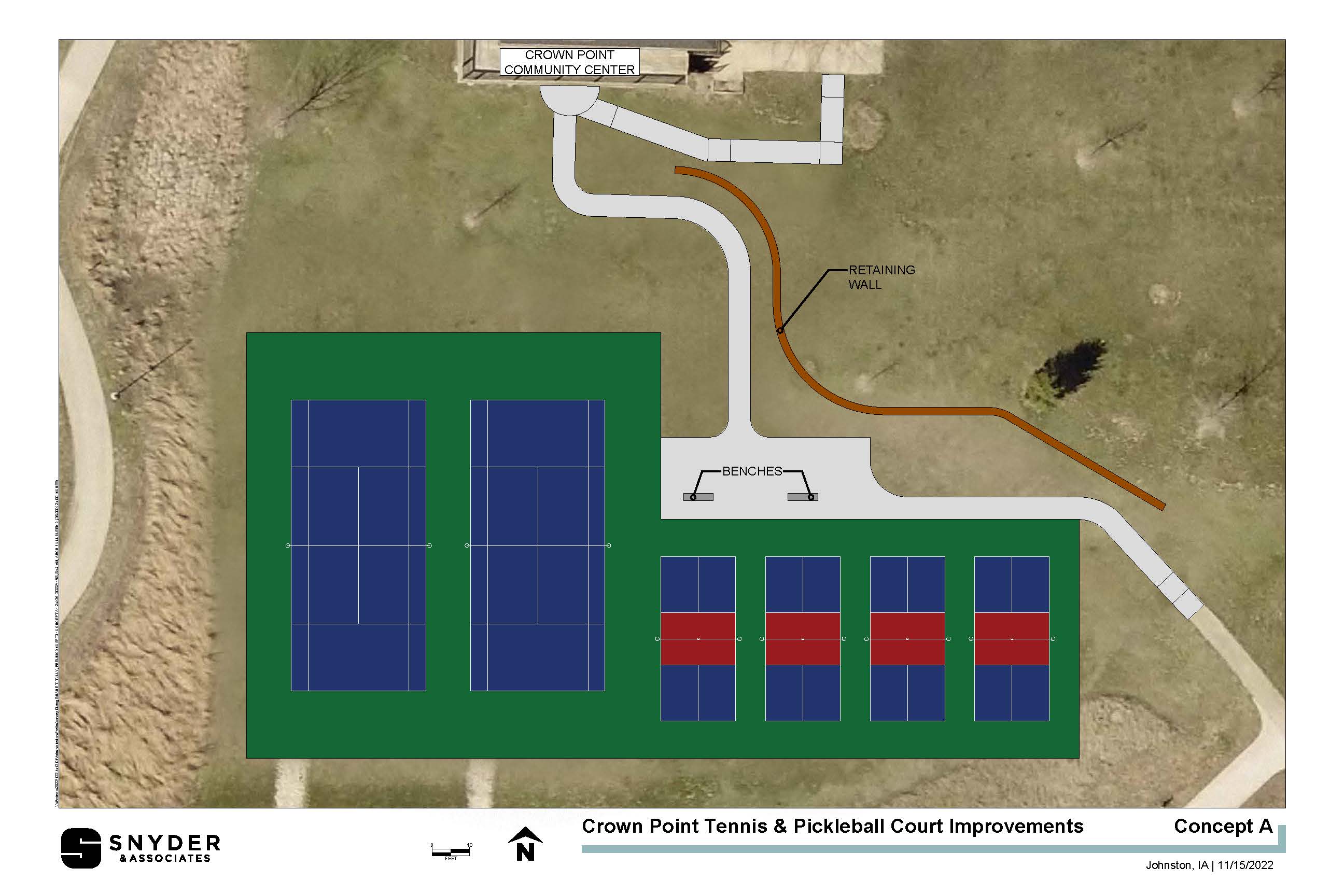 The City of Johnston hosted a public meeting to discuss tennis and pickleball court improvements at Crown Point Community Center. The city wanted to ensure those utilizing these recreational spaces provide input on the concepts to ensure the improvements meet the needs of those enjoying these areas. Four options were presented during the public meeting.